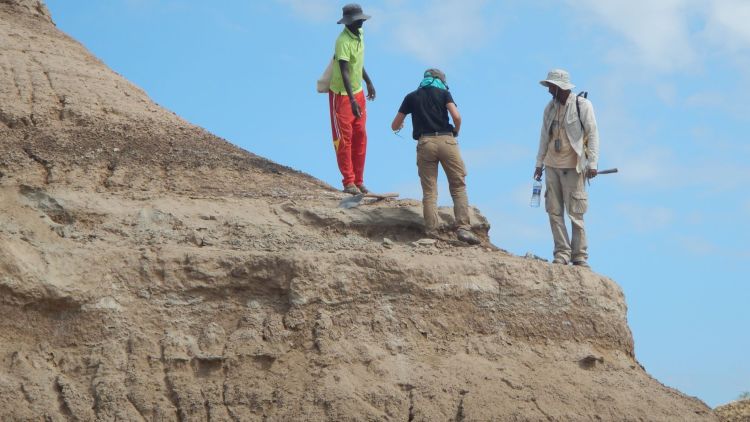 A total of eight sites in Africa have yielded possible early anatomically modern Homo sapiens fossils from the late Middle Pleistocene, approximately 350–130 thousand years ago. Nonetheless, most of these fossils have considerable age uncertainty.

One way to estimate fossil ages is the use of single-crystal Argon–argon isotope. The sample is usually crushed, and single mineral crystals or rock fragments are hand-selected for analysis. After that, they’re irradiated to create Argon. The sample is then degassed using a laser or a resistive furnace in a high-vacuum mass spectrometer. The crystal structure of the mineral (or minerals) is degraded by heating, and trapped gases are released as the sample melts. The gas could be composed of atmospheric gases like carbon dioxide, water, nitrogen, and argon, as well as radiogenic gases like argon and helium, which are produced by normal radioactive decay throughout geologic time. The amount of Argon in a sample increases as it gets older.

The fossil remains were discovered in the late 1960s in the lower Omo valley of southern Ethiopia. The maximum age of the fossil was derived from the Argon–argon isotope dating method and an age of 196 ± 4 kyr was obtained.

The group of scientists used the same Argon dating method to analyze 113 individual crystals extracted from two pumice samples (a major explosive eruption of Shala volcano in the Main Ethiopian Rift that contained Omo I, human fossils). The resulting data was filtered to exclude grains with low gas yields. Combining analyses from both pumice samples yielded a weighted mean of 233 ± 22 kyr.

In other words, the bones were discovered buried in the ash of a volcanic explosion that occurred about 233,000 years ago, indicating that they are at least that old.

Close
Discover interesting papers on OA.mg and stay up to date on the latest discoveries in your field →